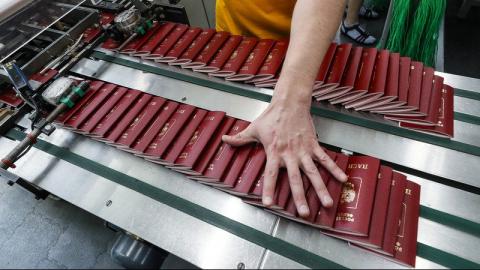 A government minister in Moldova has admitted security concerns about the country's currently frozen "golden visa" programme, but added that the bonuses need to be taken into account.

Economy Minister Anatol Usatii told a political TV show called 'Black Box' on Thursday that most of the 30 applications had come from Syria, Pakistan and India.

"There are people from India, Pakistan and Syria. That is why the question arises, and we must answer: is the state able to control everything, what about terrorism, money laundering or others?" he asked.

"[But], if the state can ensure transparency, security, including counter-terrorism, and others, the bonuses are quite good," Usatîi added.

He went on to say that if Ukraine launched a similar scheme in the next few months, it would heighten regional competition for investment.

Moldovan citizens have been free to travel in Europe since June 2014, when Moldova signed an Association Agreement with the European Union, making residence rights in the country more attractive.

The law on the visa program was adopted in July 2018 by the former government run by the Democrat Party Prime Minister Pavel Filip.

It was frozen in 2019 by the new government led by the now ex-Prime Minister, Maia Sandu, which cited the high potential risks.

The present government favours unfreezing the initiative, as Moldova needs money for ambitious infrastructural initiatives announced in the electoral presidential year of 2020.

A security expert, Rosian Vasiloi, told BIRN there are several concerns about the visa programme, one of which is that those...