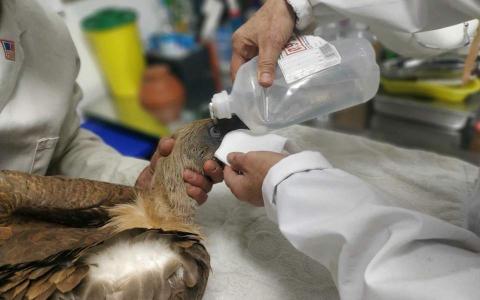 Reports emerged from Mesolongi, central Greece, a few days ago of the country's most serious case of vulture poisoning in the last decade, with nine dead birds found so far in the area's lagoon, while two others were transported to hospital in Athens.

A similar incident last year in the Nestos River region of northern Greece prompted an intervention by the European Commission, which urged the country to take action against animal poisoning.

"Most of the dead vultures were found around the carcass of a ewe whose meat had been poisoned," said Giorgos Sgouros, the director of the Hellenic Ornithological Society.