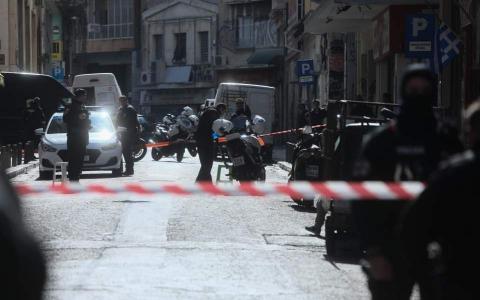 Police investigating the deadly shooting of a 23-year-old Afghan man and the stabbing of another, aged 25, in downtown Athens on Thursday are putting the incident down to a turf war between rival criminal gangs.

According to eyewitnesses, some 30 men armed with guns and knives attacked a group of peddlers selling contraband cigarettes on the corner of Menandrou and Sapphous streets near Omonia Square.

Reports also suggested that the attackers demanded money from the vendors to "allow" them to sell their wares on that corner.

Police called to the scene found the two Afghan men lying on the ground, while the other victims and attackers had scattered. Subsequent raids in the area have led to 13 people being taken in for questioning, while 13 shell casings were found at the scene.

Investigators believe the incident is also linked to the illegal trade in...