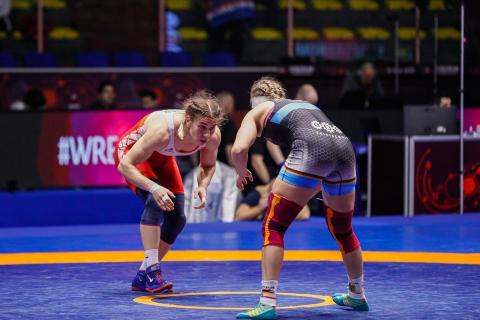 Adar was beaten by Ekaterina Bukina from Russia 4-3 in the women's 76-kg final.
Adar, last year, won a silver medal at the World Wrestling Championships in the Hungarian capital Budapest.

Italy hosts the 2020 European Championships, which runs through Feb. 16.