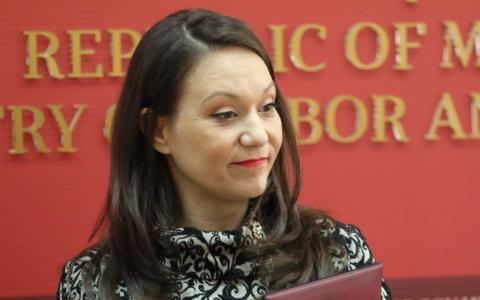 North Macedonia's parliament has voted to dismiss Labor Minister Rashela Mizrahi from the caretaker government for appearing during a press conference next to a sign that read "Republic of Macedonia."

Lawmakers on Friday voted 62-26 to fire Mizrahi, a member of the opposition VMRO-DPMNE party, for violating the Balkan country's constitution in the wake of a 2018 name deal with Greece.

The party had opposed the so-called Prespes accord. A government statement said that Mizrahi had violated the constitution, thus "jeopardizing the country's Euro-Atlantic future."

On Saturday, French President Emmanuel Macron said he would allow North Macedonia to begin talks on EU membership if the Commission gives them a positive review in March.

Macron had refused to approve the start of accession negotiations at a summit in October.

The President of Northern Macedonia has Declared a State of Emergency