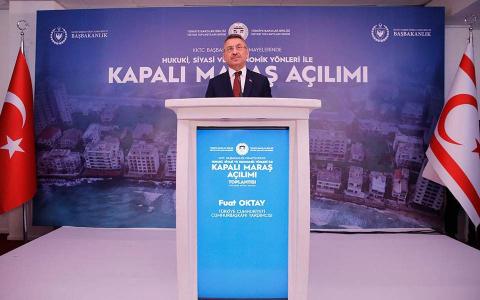 Turkish and northern Cypriot officials met on Saturday in an abandoned town wrecked by war to discuss potentially re-opening the area after 46 years, a move that Ankara said was a "historic" opportunity to bring tourism and economic benefits.
Varosha, a southern suburb of Famagusta, has been fenced off and abandoned since Turkey invaded northern Cyprus after a Greek-inspired coup in 1974.
Ringed by a fence which extends into the sea, the former holiday resort has been off limits to anyone but the Turkish military since its 39,000 Greek Cypriot residents fled advancing Turkish troops.
Speaking in Varosha after touring the area, Turkish Vice President Fuat Oktay said opening Varosha would have benefits for tourism, the economy and trade.
"Keeping this coast of paradise under the sovereignty of the Turkish Republic of Northern Cyprus idle is not acceptable legally,...

Archbishop to get pacemaker