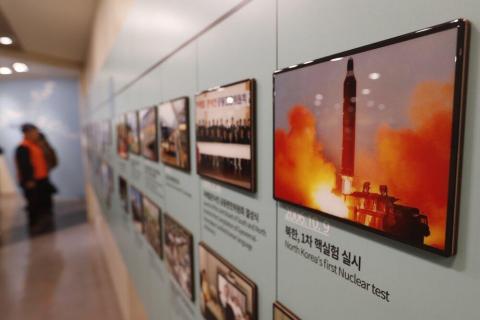 U.N. experts say North Korea has increased imports and exports of banned and restricted goods such as coal and petroleum products as it continues to enhance its illicit nuclear and ballistic missile programs in violation of sanctions.

The experts identified new methods that the country is using to evade U.N. sanctions, including transferring 2.8 million metric tons of coal from North Korean-flagged vessels to Chinese barges that then headed to Chinese ports. This would be a violation of an August 2017 Security Council resolution that bans all exports of coal, North Korea's largest source of foreign exchange.

The experts said the figures came from an unidentified member state, adding in a footnote: "A couple of experts are of the view that this information can be further corroborated."

The Chinese U.N. Mission strongly rejected any claim that China violated sanctions, saying earlier this week that the country "has always faithfully and seriously fulfilled its international obligations and sustained huge losses and tremendous pressure in the process."

The mission expressed "indignation and concern" at the leaking of the experts' report, which is not due to be made public until next month.

The summary and parts of the 67-page report, seen on Feb. 14by The Associated Press, said the Democratic People's Republic of Korea or DPRK the country's official name continued the construction and maintenance of nuclear facilities, though it didn't carry out any nuclear tests or tests of intercontinental ballistic missiles last year. It did conduct 13 other launches of at least 25 missiles, including new types, the experts said.

The panel stressed the link between North Korea's nuclear program and its illegal exports, especially of coal....