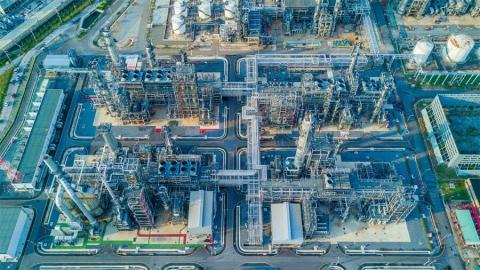 Europe may have lost the battle to create digital champions capable of taking on US and Chinese companies harvesting personal data, but it can win the war of industrial data, Europe's industry policy chief said on Feb. 15.
Vast troves of data from how fast we drive our cars to how much time a robot needs to churn out products will open a new front in the battle for digital dominance, said Thierry Breton, the European Commissioner in charge of the bloc's single market.
Alarmed by the dominance of US and Chinese tech companies such as Google, Amazon or Huawei, the European Commission is leaving behind the "laissez-faire" attitude of the early 2000s and ratcheting up regulatory pressure to protect its businesses.
The new approach will be on display on Feb. 12 when Breton unveils the bloc's new data and artificial intelligence strategy.
"We're entering a new phase. The battle for industrial data starts now, and the main battlefield will be Europe," Breton, a former French finance minister, told Reuters in an interview.
Breton said the EU had a unique opportunity to win the next phase of the digital revolution centered on the harvesting, management and analysis of data from factories, transport, energy and healthcare.
"Europe is the world's top industrial continent. The United States have lost much of their industrial know-how in the last phase of globalisation. They have to gradually rebuild it. China has added-value handicaps it is correcting," Breton said.
"But the bulk of the industrial value chain, from large groups to SMEs, is based in Europe today. That's why all eyes are on Europe right now," he added.
More Assertive The commissioner, who was speaking from the Munich security conference where he met the chief executive of...

US hopes to start virus vaccines in December as pandemic surges