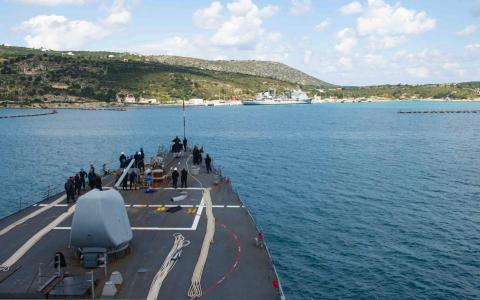 On the occasion of his meeting last month with President Donald Trump in Washington, Prime Minister Kyriakos Mitsotakis remarked how the US-Greece relationship "is the best it ever was. But it can become even better."

Diplomatic niceties aside, this reflects real accomplishments by leaders from both countries, and from across the political spectrum, in promoting deeper bilateral cooperation in recent years. But his words also point to the very high ceiling for an even stronger partnership, especially on defense and security.

The Jewish Institute for National Security of America (JINSA) has just released a new report recommending ways for the United States and Greece to deepen that partnership.

Americans and Greeks alike may be somewhat surprised to hear such talk of warm ties. Greece was the birthplace of our country's commitment to defend the free world in the...

Greek president says will put half salary into Covid-19 fund