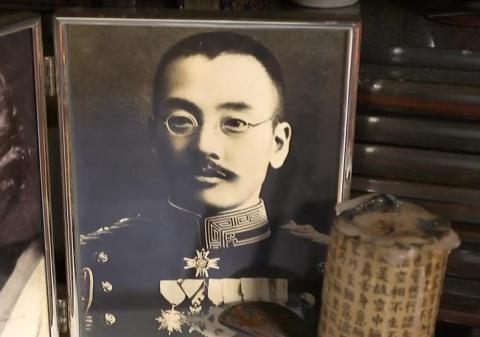 The name of the commander of the Japanese ship Heimei Maru, which brought 1,012 Turkish soldiers captured by the Russians during World War I to Istanbul, has been given to a street in Beykoz district.
Lieutenant-Colonel Yukichi Tsumura refused to hand over the Turkish prisoners to the Greek soldiers who had blocked the Japanese ship in the Aegean Sea.
Tsumura's heroism was revealed in a documentary named "Vatana Giderken: Heimei Maru," (Going to the Homeland: Heimei Maru) directed by Hayriye Savaşçıoğlu.
More than 65,000 Ottoman soldiers were captured by the Russians on the Caucasian Front, and some of those soldiers were sent to camps in Vladivostok, the easternmost port city of Russia, during World War I.
When Japan, which was with the Allies during the war, occupied Vladivostok in April 1918 taking advantage of the turmoil caused by the Bolshevik Revolution in Russia, Japanese authorities took over the responsibility of the Ottoman prisoners.
After the war, efforts were made to bring the prisoners home, and in 1921 the Japanese decided to send the Turks to Istanbul.
The Ankara government sent 48,000 pounds to bring back captive soldiers, and the Japanese government commissioned Lieutenant-Colonel Yukichi Tsumura on the Heimei Maru ship.
Turkish soldiers, some of whom had started families during the period of captivity, set sail on Feb. 23, 1921.
The ship would sail to the Mediterranean via the Suez Canal and then to Istanbul.
However, on April 5, it was stopped by the Greek warship near Lesbos island.
The Greeks demanded the prisoners be handed over to them, but Tsumura refused the request.
However, it was not easy for the ship to reach Istanbul.
Some of the prisoners taken to the island of Asinara, which is...