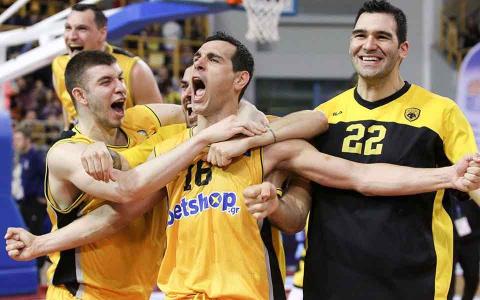 AEK defeated Promitheas Patras on Sunday to win the Greek Cup in Iraklio, its second in the last three years, in what was the first Cup final since 1999 without Panathinaikos or Olympiakos.

The Yellows of Athens fought hard to beat last season's league finalist with a 61-57 score in a very tight game that could have swung either way.

Led by recent returnee Nikos Zisis (11 points, five assists) at the twilight of his long and illustrious career, AEK made the most of a nervous Promitheas attack and won the game through its defense after an early 12-6 lead by the Patra side.

The eight-point advantage (51-43) AEK obtained five minutes from the end was erased by Promitheas (51-51), but that was the end of its comeback. The more experienced AEK players made the difference at the end, for a four-point victory.