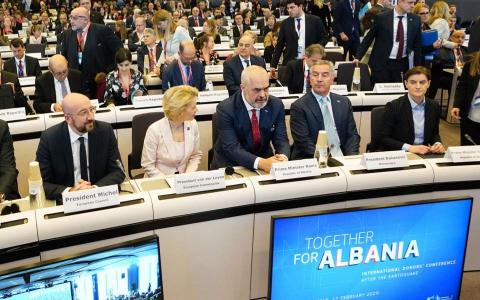 Foreign Minister Nikos Dendias on Monday attended the international donors' conference "Together for Albania," which was hosted by the European Union in Brussels and aimed to muster support for the reconstruction effort in Albania following November's deadly earthquake.

The initiative managed to raise 1.15 billion euros to rebuild homes and infrastructure damaged during the earthquake that killed 51 people.