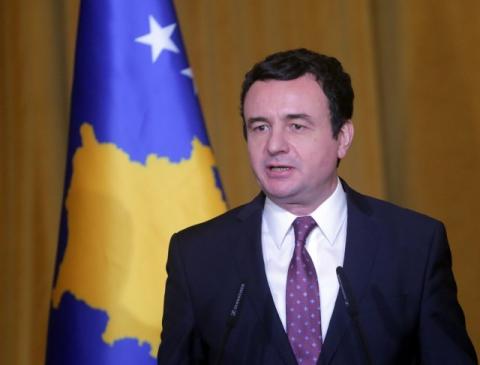 Serwer said on the occasion of Kosovo's anniversary of independence that "there are not many countries that have achieved more during the twelve years of existence".
"Prime Minister Kurti has made it clear that he will seek relations with Serbia based on reciprocity. I am not sure that Belgrade is ready for this, although I think Kurti is right in seeking it. I do not expect any significant shifts in relations between the two parties until the end of April parliamentary elections in Serbia", Serwer said.
Asked if this is the year in which Kosovo will become a member of the United Nations, Interpol and UNESCO, Serwer said it was "quite uncertain given the opposition of Serbia and Russia".
"The issue of membership in Interpol and UNESCO can be resolved in an hour - if Serbia agrees. I think it should do so. When it comes to the United Nations, it is a much more difficult issue because, as apart from Belgrade, Moscow will try to charge Washington for it with a high price What Washington won't want to do", Serwer said.
Speaking on the anniversary of Kosovo's declaration of independence, Serwer said that there are not many countries that have achieved more over the twelve years of existence. Noting that no state can be said to be fully stable, Serwer notes that a new democratic government has recently been formed in Kosovo.
"The media in Kosovo are mostly free. The Constitutional Court is constantly demonstrating independence from other branches of government. The civil sector has developed, as well as the opposition. There has been growth in the economic sphere - given the slower progress in the European Union," the US expert on the Balkans said.
Daniel Serwer detects corruption as one of the biggest problems in contemporary Kosovo,...