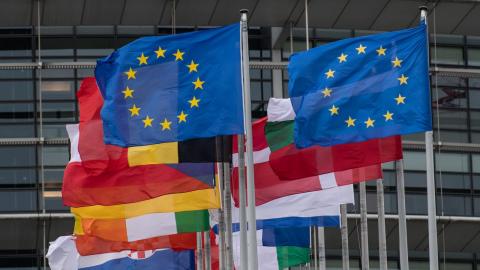 Whatever happened to principles?

The inability, or unwillingness, of the EU to confront local leaders in the Balkans has led some to farcical situations. Nothing can better showcase this lack of consistency than the issue of respect for the rule of law among aspiring EU members.

Carefully emphasized by Commissioner Varhelyi in his presentation of the new methodology, the issue of the lack of rule of law in the Balkans is deservedly one of the issues raised most often and most vehemently in Brussels.

But while EU officials point to a need to improve the rule of law - and rely on that to justify the lack of progress in the enlargement process - they fail to confront those responsible for it.

At the same time, the EU has clearly differentiated between the various Balkan EU hopefuls. The painful compromises and reforms made by North Macedonia and Albania were not rewarded with the opening of accession talks.

Meanwhile, Serbia is labelled an EU accession frontrunner, despite it being a destabilizing force in the region through its efforts to block Kosovo's recognition and challenge its sovereignty.

While other aspiring members closely align their foreign policies with the EU, Serbia maintains a very close relationship with Moscow and actively courts Chinese investments. Nor has its status in Brussels been harmed by well-founded accusations of state capture and backsliding on the rule of law.

It is true that in politics you cannot choose the leaders you interact and have to work with, and commonly have to make compromises.

But, from a broader perspective, a policy of generalizing criticism, indirectly shielding the...