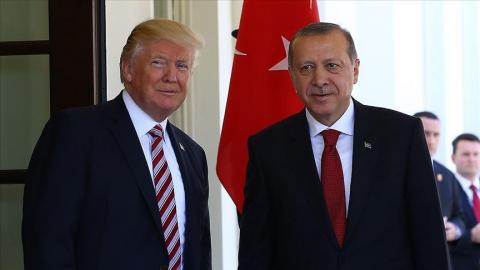 "Trump expressed concern [yesterday] over the violence in Idlib, Syria and thanked Erdogan for Turkey's efforts to prevent a humanitarian catastrophe," deputy press secretary Judd Deere said in a statement.

"President Trump conveyed the United States' desire to see an end to Russia's support for the [Bashar al-Assad] regime's atrocities and for a political resolution to the Syrian conflict," he added.

"President Trump also reiterated that continued foreign interference in Libya would only serve to worsen the situation," he added.

Turkish troops are in Idlib as part of an anti-terror and peace mission.