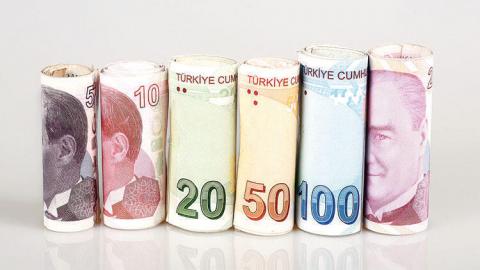 The Turkish central government budget balance saw a surplus of 21.5 billion Turkish Liras ($3.6 billion) in January, the Treasury and Finance Ministry has said.

In the same month of 2019, the central budget produced a surplus of 5.09 billion.

The country's budget expenditure was 100.67 billion liras ($17 billion) in the month, up 9.6 percent from the same month of last year.

The central budget's overall revenues rose 26 percent on an annual basis to 122 billion liras in the first month of the year.

The government targets collect a total of 957 billion liras in revenues this year.

Value-added tax on imports and revenues from the special consumption tax increased by 29.6 percent and 22.2 percent to 10.55 billion liras and 12.93 billion liras, respectively, according to the ministry data.

Non-tax revenues also showed some 34 percent increase on an annual basis to 53.38 billion.