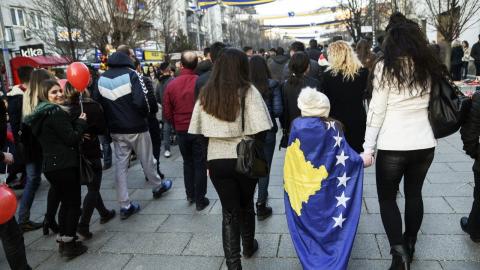 To date, Kosovo has been recognised by over 100 UN member states and is member of dozens of international and regional bodies. Early recognition by the United States and most European powers set it on a positive trajectory, which influenced other states to also recognise it. The more recognitions Kosovo secured, the more it created the conditions and momentum for further recognitions.

After 2011, Kosovo's international partners tried to encourage its leadership to take a more pro-active role in obtaining new diplomatic recognition and securing membership of international organisations. This was not a symptom of Kosovo's diplomatic maturity, however. Rather, it reflected their strategic withdrawal from their promise to integrate Kosovo fully in the international community.

But the fear that Kosovo's independence has set a negative precedent has played an important role in prompting many countries in the Global South to withhold recognition, fearing that such a move would undermine international order and encourage more secessionist movements.

Twelve years since independence, many in Kosovo now feel that the country is in limbo, and that its international partners have failed to fulfil their promise to help Kosovo gain its rightful place within the international democratic community.

Pupils of a primary school made a Kosovo flag. Photo: EPA/VALDRIN XHEMAJ

Without structured diplomatic and trade exchanges with other countries, Kosovo's diplomatic recognition and membership of international organisations will remain symbolic. Moreover, bilateral recognition hasn't translated automatically into membership of international organisations. Nor has it translated into tangible political and economic benefits for the citizens of Kosovo.