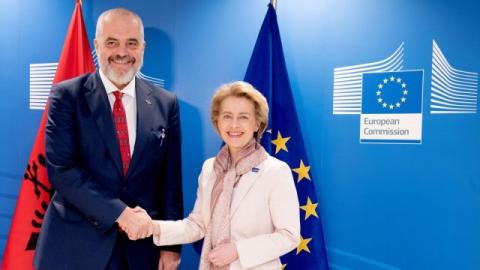 At a conference on Monday called by the European Commission, the executive arm of the European Union, Commission President Ursula von der Leyen announced a 115 million-euro package of financial help to rebuilt public infrastructure while the EU's lending arm, the European Investment Bank, announced loans up to 100 million for both the private and public sector.

In the Balkans, Serbia, which has long had a difficult relationship with Albania, pledged two million euros.

"This is a real wow and the fact that I don't have a speech with me tells about my expectations," Rama said at the end of the conference. "Some magic has happened. This is beyond our wildest imagination."

Von der Leyen said: "It is clear Albania cannot hold alone this burden. This is what brings us here. We pledge a sustained wave of investment for reconstruction."