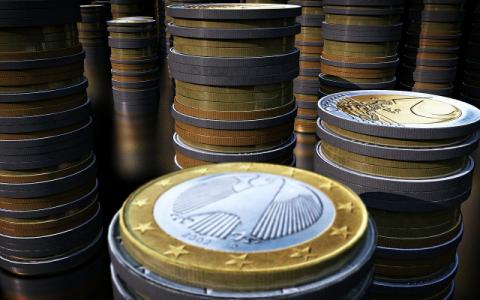 Bulgaria signaled it may delay its bid to adopt the euro amid fears the preparatory steps could jeopardize a long-standing fixed exchange rate to the common currency, Bloomberg reported.
The Balkan country had planned to join ERM-2 -- a mechanism that acts as the euro's ante room before full membership -- by the end of April. But parliament recently passed legislation mandating the government to only do so at the existing exchange rate.
Prime Minister Boyko Borissov indicated Monday that more time could be necessary amid concerns that other member-states and the European Central Bank may seek to shift the peg, which has offered predictability to businesses and households since a banking and currency crisis in 1997.
What's more, a majority of Bulgarians oppose joining the euro region, fretting that companies will use the shift to raise the prices of their goods.
"I'm obliged to slow down the tempo and only when we convince everyone this is good, we'll move forward," Borissov said in Sofia, the capital, without explicitly dismissing the April target date for ERM-2. "Until there's an absolute consensus, we won't force our entry into the waiting room."
Bulgaria -- along with Croatia and Romania -- are bidding to join the 19-member euro zone that's already home to five nations from the continent's ex-communist east.
With low levels of public debt and balanced budgets, Bulgaria meets most technical criteria to adopt the euro and had been first in line, though worries remain over its financial system. It had agreed to join the European Union's banking union alongside ERM-2.
Borissov touted the benefits of euro-region membership but acknowledged people's concerns.
"There's no country that got worse off from entering the euro area," he said....

Sixth Coronavirus Victim in Bulgaria, the Number of those Infected has Reached 331

On Sunday, March 29, Bulgarians will Move to the Daylight Saving Time