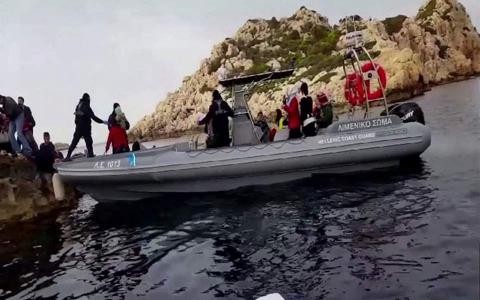 The Turkish coast guard reportedly harassed vessels of the Greek port Authority and military as they prepared on Tuesday to collect migrants and refugees on board a dinghy near the islet of Strongyli off the coast of the southeastern Aegean island of Kastellorizo.

According to reports, the migrants and refugees were collected and transferred to Kastellorizo despite the incident which occurred as Greek and Turkish delegations discussed confidence building measures in Athens

Man, 22, hospitalized after attack by pack of dogs in Thessaloniki park

May 10 seen as milestone for coronavirus measures

Extension of deadline  for numerous declarations