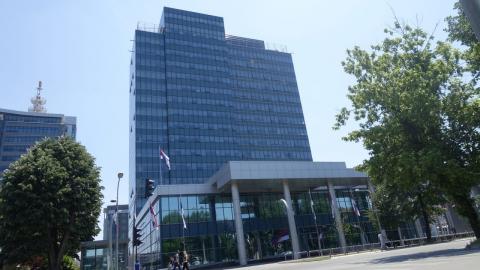 Bosnia's mainly Serb entity has opened a new front in its disputes with the country's Bosniaks over a demand for the establishment of a clear line of demarcation between Bosnia's two entities.

The demand is one of the eight conclusions that the Republika Srpska parliament adopted on Monday night after a special session, following a ruling of the state Constitutional Court that an RS law, which places all agricultural public property in the ownership of the RS, is unconstitutional.

In protest against the ruling, Bosnian Serb officials have stopped work on deciding any state-level matters, pending adoption of a new law on the Constitutional Court, excluding the presence on it of foreign judges.

Tanja Topic, a political analyst from Banja Luka in the RS, said for BIRN that the issue of the entity demarcation line had been opened precisely in the context of the Constitutional Court decision.

An existing Inter-Entity Boundary Line subdivides Bosnia into two semi-autonomous entities and one district, the Serb-majority Republika Srpska, RS, and the Federation of Bosnia and Herzegovina, FBiH, mostly populated by Bosniaks and Croats. The third unit is Brcko District.

The total length of the Boundary Line is 1,080 kilometres. Following the conclusion of the Dayton Agreement in 1995, which ended the 1992-5 war in Bosnia, a commission was set up to determine the exact course of the line, but this was never done.

The demarcation line in many locations is illogical. Many municipalities are cut in two so that citizens pay utility bills in one entity and receive personal documents in another.

The RS government says determining the line has become an urgent need and should not be seen as a threat. "It in no way means that tomorrow someone...