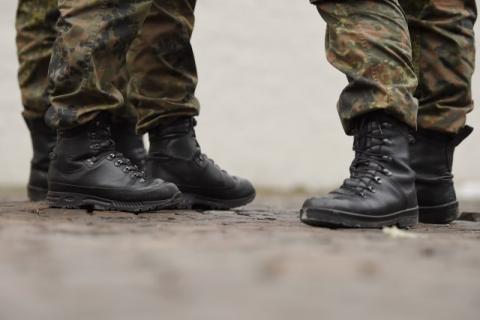 In addition, members of the Montenegrin Army should exert influence on their family members and discourage them from attending protests against the Law on Freedom of Religion.
This, as Novosti finds out, is only part of an order issued by Brigadier General Dragutin Dakic, Chief of General Staff of the Armed Forces of Montenegro, at a meeting of his staff on February 6th.
Namely, the main topic of the meeting was precisely the liturgies as the people are expressing their resistance to the disputed law by attending them. Dakic reportedly told his associates that he had received information from the intelligence services of the Ministry of Defense and the Army of Montenegro that some soldiers and officers were attending the protests, and that intelligence officers were working intensively to gather information on which members of Montenegrin Army were participating in a rebellion.
Although these are supposedly religious protests, they are directed against the constitutional order and sovereignty of Montenegro, and for these reasons, members of the Army do not have a place on them - General Dakic explicitly said.
He also ordered that commanders and executives hold meetings with subordinates in their units, and draw their attention that "the place and role of members of the Army is not to overthrow the constitutional order, but to defend the interests of the sovereign Montenegro".