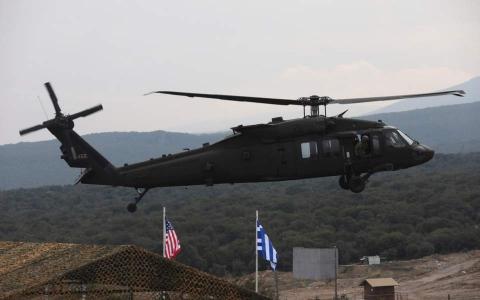 At the foot of Mount Olympus, army aviation forces from Greece and the United States are taking part in a live-fire exercise with attack helicopters, marking deepening defense ties between the two countries.

Greece is ramping up military cooperation — and procurements — from allies France and the US, wary of worsening relations with neighbor Turkey over disputed sea and air space boundaries and drilling rights in the East Mediterranean.

After a financial crisis that lasted nearly a decade, the Greek military is upgrading its F-16 fighter fleet and modernizing its navy, while seeking stronger military ties with traditional...