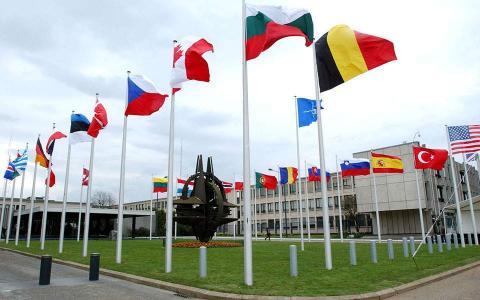 The Greek delegation walked out of NATO's Parliamentary Assembly in Brussels on Wednesday in protest at the stance of acting president Attila Mesterhazy.
The incident took place as the five-member Greek delegation, which is made up of lawmakers from the country's main political parties, were raising the issue of the contentious Turkey-Libya maritime boundaries agreement and Turkey's violations of international law and Greek sovereign rights.
In a joint statement, the members of the delegation said that the president had been systematically interrupting their speech, leading them to withdraw in protest.
The delegation was made up of Marietta Giannakou from ruling New Democracy, Manousos Voloudakis, Theodora Tzakri and Marios Katsis from SYRIZA, and Andreas Loverdos from the center-left Movement for Change (KINAL) alliance.