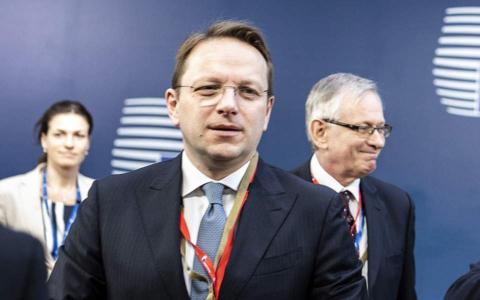 North Macedonia and Albania can deliver on the reforms required to join the European Union, the EU enlargement commissioner said on Tuesday, in the latest sign that the Balkan neighbors are set to overcome France's freeze on their aspirations.
French President Emmanuel Macon, who blocked the opening of talks with Skopje and Tirana in October, said at the weekend he was willing to allow them to begin membership talks if the European Commission gave them a positive review next month.
"I am very encouraged by my visits to both countries," Enlargement Commissioner Oliver Varhelyi told a think-tank event. "They do not give up on reforms ... and you will see that they will deliver, and if they do that, you can be confident that there should be an opening of negotiations."
If allowed to go ahead with membership talks, the approval would set the stage for a summit with EU...