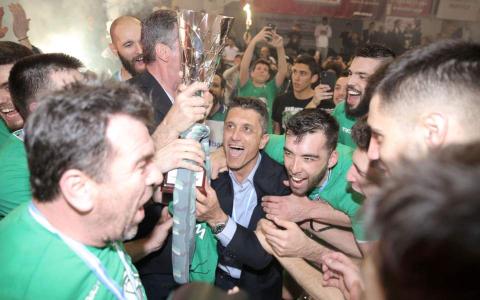 Panathinaikos won its first volleyball trophy in exactly 10 years on Wednesday after beating Olympiakos in the League Cup final by the narrowest of margins.

The Greens, who in the 2010s came twice close to relegation from the top flight, had won the first leg 3-2 sets in Piraeus last Thursday after coming from 2-0 down.

Olympiakos did exactly the same at Maroussi on Wednesday, overturning the 2-0 lead of host Panathinaikos to win the second leg 3-2.

That sent the final to the so-called golden set, which Panathinaikos snatched with a 15-13 score, for a 3-3 final result and the trophy in the Greens' hands, the first ever League Cup in the history of Panathinaikos.