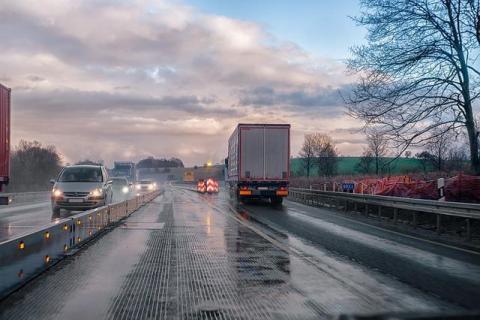 The toll charges for heavy goods vehicles, weighing between 3.5 and 12 tonnes, will be from 3 to 7 stotinki per kilometre, depending on the emission class of the vehicle and the road catregory. This is set out in the decree adopted on February 19 by the Council of Ministers to amend the Tariff for fees collected for the passage and use of the national road network. About 17,000 km of the approximately 20,000 km of national road network will be free of charge for lorries weighing more than 3.5 tonnes, BNT reported.

The size of the of the toll fees is linked to the environmental category of the vehicle, as well as to the class of road - motorways and first class. The value will be calculated per kilometre, and any entry into a toll segment will be considered to be complete.

Buses up to 12 tonnes with emission class Euro V, Euro VI or EEV will pay 1 st for motorway...