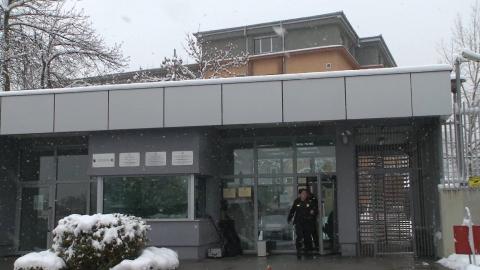 Bosnia's State Prosecution has asked the State Court to issue a warrant and order custody for Goran Tesic, who is on trial for crimes committed in the eastern town of Vlasenica and has gone missing.

Prosecutor Dzevad Muratbegovic said Tesic did not attend the preliminary hearing, which is why the Prosecution ordered the State Investigation and Protection Agency, SIPA, to search for him.

"They went to the address and found he did not reside at that address, and they heard from their work colleagues that he had not appeared at work since January 31," Prosecutor Muratbegovic said, adding that Tesic had crossed the Karakaj border crossing on January 29, but had returned the same day.

The defendant's lawyer, Milos Peric, said he carried out checks identical to those conducted by SIPA, and had no further knowledge about his client's location. "I also tried to get him on the phone through which we communicated, but he is not answering," Peric said, adding that he was leaving the decision to order custody to the court.

At a hearing on February 3, Tesic's brother, Zoran, also an indictee, said his brother was not answering his phone.

Trial Chamber Chairman Darko Samardzic said that as the case was almost over, he was considering separating Tesic's case from that of Simo Stupar and Zoran Tesic. The prosecution said it did not object to the motion. Defence lawyer Peric said he also left that decision to the court.

The trial concerns crimes committed against the Bosniak population in Vlasenica during the 1992-5 war. The Bosnian Serb suspects are charged with murder, abuse, torture, enforced disappearances and attacks on villages.

According to the indictment, Stupar and Goran Tesic were members of the Public Security Station, SJB, in...