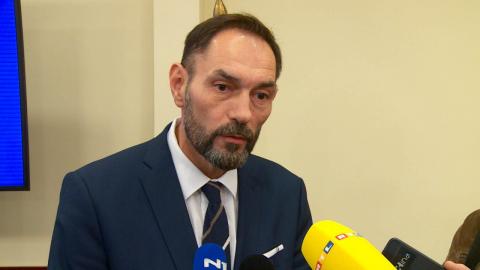 The Croatian Prime Minister on Thursday confirmed that he had accepted the resignation of Chief State Prosecutor Drazen Jelenic, who quit on Wednesday, after admitting he belonged to a masonic lodge.

"This proposal does not mean that [Jelenic] acted against the law and did not perform his duty independently. This is about the integrity of people who govern the highest bodies," the centre-right PM Andrej Plenkovic told the cabinet.

Earlier, he confirmed that he had talked to Jelenic - and had warned him that unless he resigned, he faced the sack. Plenkovic said that the problem was that the government had been given no information about his membership of the masons.

"This membership is lawful [but it] burdened the performance of my duty as Chief State Prosecutor," Jelenic said on Wednesday, when he confirmed his resignation.

The weekly Nacional reported on his membership on Tuesday. While explaining it earlier to local media, Jenelic denied belonging to a secret or semi-secret organisation, and said it was just a civic association registered in accordance with the law, so there was no conflict of interest.

Jelenic told the media that he was invited to join a freemasonry association in March 2018, a month before being named to his post as chief prosecutor.

The association was registered as a non-profit dedicated to "promoting masonic worldviews, above all general morality, culture and love for one's fellow man and charity", according to the Croatian Registry of Associations.

However, Croatian officials are obliged to declare their membership of associations or organisations to the Commission for the Resolution of Conflicts of Interest, which Jelenic failed to do.

The resignation followed only days after media...