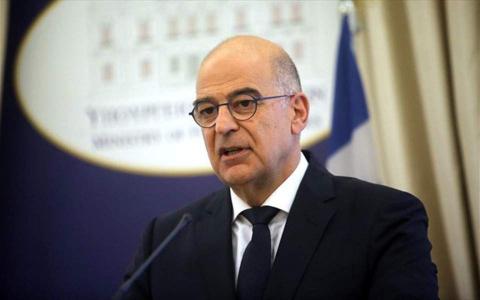 Greek Foreign Minister Nikos Dendias on Thursday responded to provocative comments made by his Turkish counterpart Mevlut Cavusoglu saying that Athens would not make "a dishonorable and abusive compromise" with Ankara.
Speaking during an event at the Foreign Ministry, Dendias said that Greece has always been willing to reach "an honorable understanding in the context of international law," however adding that the country had no intention to engage in Levantine-style bargaining practices.
Dendias said that Greece remained firmly committed to policies that promote international law, security and stability in the region.
Earlier Thursday, Cavusoglu said that Turkey was willing to reach a compromise with Greece as long as the latter was prepared to share in the Eastern Mediterranean.
"We say to Greece 'we can reach an agreement' as long as you are ready to...