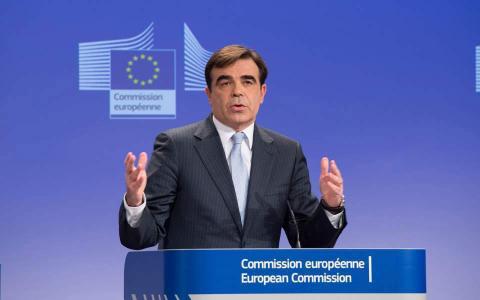 European Commission Vice President Margaritis Schinas on Wednesday weighed in on a row between the Greek government and local authorities over plans to build pre-deportation centers on the five Aegean islands that are on the frontline of the migration/refugee crisis, calling for a greater "sense of responsibility and consensus."

His comments came after the regional governor of the Northern Aegean, Kostas Moutzouris, said in a post on Facebook that he refuses to sit down with Migration Minister Notis Mitarakis, who has invited him to discuss local reactions to the scheme.

Mitarakis and his alternate, Giorgos Koumoutsakos, meanwhile, are traveling to Brussels on Thursday for talks with German Interior Minister Horst Seehofer on the European Union's new...