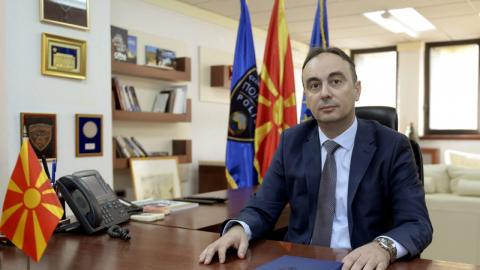 North Macedonia's Interior Minister, Nake Culev, on Thursday, said police seized a kilo of cocaine on Wednesday as part of an international drug-busting operation that had involved "several countries", while not naming them.

"We have seized only part of the entire shipment of cocaine which, according to our preliminary findings, had our country as its final destination… the rest [of the drug haul] is in another country but I cannot tell you how much, in order to protect the ongoing investigation," Culev said.

The seized cocaine entered North Macedonia from neighbouring Albania and had been transported in a truck driven by a Montenegrin citizen, known only as J.K., the minister said.

The police had followed the truck since its entry and made the bust at the storage facility of a local fruit company in the village of Krushopek, near Skopje, which was its final destination.

After finding the cocaine hidden among packages of bananas, police apprehended the owner of the fruit company, two employees as well as the Montenegrin truck driver.

The minister said initial checks showed that the fruit company had been dealing extensively with fruit imports from Colombia and Ecuador in Latin America in the past.

"This is an international operation against the criminal structures involved in drug smuggling," Culev said.

After news of the bust broke, regional media outlets suggested the drug-busting operation had been likely coordinated between the US Drug Enforcement Administration, DEA, and police in North Macedonia, Albania, Montenegro and Italy. The minister did not confirm this, saying that more details would follow soon.

According to media reports, the drugs found on Wednesday were probably part of a much larger cocaine...