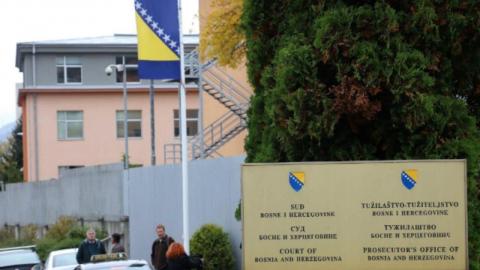 The trial has started for crimes against humanity of a former member of the Third Company of the Prijedor Motorized Brigade with the Bosnian Serb army, the Army of Republika Srpska, VRS.

Sabahudin Kajdic is accused of having deprived Munib and Jusuf Delkic of their liberty in Gornja Puharska in July 1992 and of taking them away in a motor vehicle, after which they disappeared without a trace. They are still listed as missing.

He is charged also with having participated in the murder of two civilians from Gornja Puharska who were taken to Jordan Njiva locality and killed.

"The defendant, who was accompanied by Bosko Modrinic, has been charged with having taken Fadila Kurtovic and her sons out of their house in Gornja Puharska in July 1992 after which they struck them on all parts of their bodies," the indictment says.

Prosecutor Sedin Idrizovic said the defendant entered the house of Mirsad and Hajra Grozdanovic in the village of Gornja Puharska between July and August 1992, accompanied by several other soldiers, and then ordered Mirsad to come out, so he could take his money.

Idrizovic said that over the same period the defendant caused bodily injuries to Salih Kejdic, hitting him with his hands and legs.

Presenting his introductory statement, Idrizovic said that during the trial he would prove all elements of the crime against humanity charged upon the defendant.

"We will examine 41 witnesses and a court medicine expert. Minutes of the examination of witnesses will be read and 52 pieces of material evidence presented," Idrizovic said, adding that a number of witnesses lived abroad.

The defence did not present its introductory statement, saying it would do so following the presentation of the prosecution's evidence....