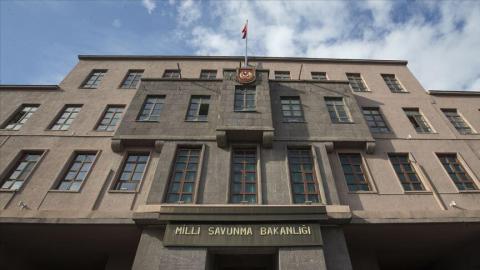 Turkey's Defense Ministry announced on Feb. 20 that two Turkish soldiers were killed and five more were wounded in an air strike in the northwestern Syrian province of Idlib.

"According to the information received from the sources in Idlib, more than 50 regime elements, five tanks, two armored personnel carriers, two armed pickups and one howitzer were destroyed," said a ministry statement, while also conveying condolences on the soldiers' grieving families.

Idlib falls within a de-escalation zone laid out in a deal between Turkey and Russia in late 2018.

The Syrian regime and its allies, however, have consistently broken the terms of the ceasefire, launching frequent attacks inside the territory, where acts of aggression are expressly prohibited.