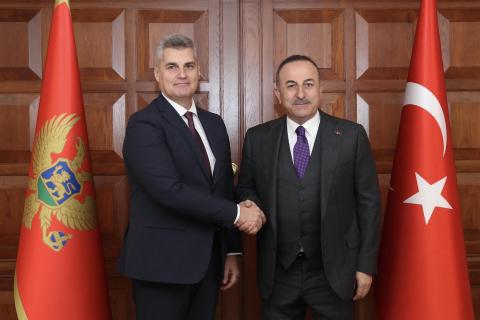 In a tweet, Mevlüt Çavuşoğlu said the two countries are "giving great importance to interparliamentary cooperation".

The foreign minister said he was very pleased to meet Ivan Brajovic, the parliament speaker of "friend and ally" Montenegro, twice within one week.

"Hoping to see him again at the centennial ceremony of Grand National Assembly of Turkey," he added.

Turkey and Montenegro have close ties as Ankara was one of the first to recognize the Balkan country's independence in June 2006.

Montenegro also acts in solidarity with Turkey on regional and international platforms.