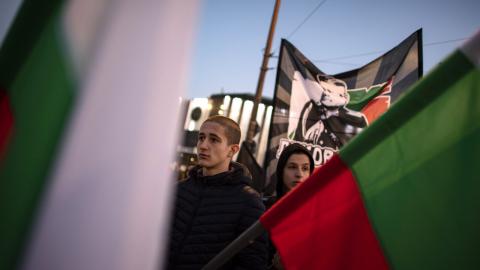 Organisers of a controversial far-right annual march have said they will ignore a ban imposed by Mayor of Sofia, Yordanka Fandakova, and their rally will go ahead as planned this Saturday. The mayor banned the "Lukovmarch" event on Thursday.

The rally, which commemorates the memory of a World War II General, Hristo Lukov, is organised by the far-right Bulgarian National Union, which prosecutors recently investigated for hate crimes and promotion of violence.

The mayor announced her decision at a city council session. "This year, the march is banned by my order and all services are notified about the decision. I expect the Interior Ministry to ensure public order," she said. The only legally permitted way of publicly celebrating the general's memory will be laying flowers in front of his memorial.

An anti-Fascist march, on the other hand, has been given the go-ahead this Saturday, and will start from the Regional History Museum.

However, the official Lukovmarch website says a previous ban introduced in early 2019 was overturned by the Sofia City Administrative Court in late 2019, and cannot be appealed - so the parade will take place this Saturday.

On February 11 the prosecution said it was taking action to outlaw the Bulgarian National Union, after police raided one of its member's homes in Sofia and found guns and Nazi-themed literature. The 55-year-old suspect and party member later committed suicide on January 27 in the National Security building for reasons that remain unclear.

The Lukov march is known for attracting far-right extremists from across Europe. According to the twitter account of the German police, the Bundespolizei, a group of far-right nationalists from Dortmund were not allowed to board a Wizz-Air flight to...