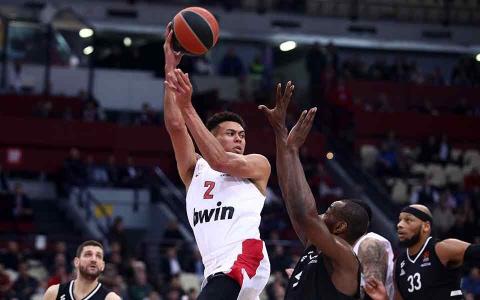 The restart of the Euroleague saw a depleted Olympiakos overcome visiting Villeurbanne and Panathinaikos throw away another big lead to go down at home to Barcelona.

Olympiakos braved its numerous injury problems to defeat Villeurbanne 77-68 at the Peace and Friendship Stadium on Thursday for its 11th win in 25 games.

It has also found in youngster Alexandros Nikolaidis a great defensive worker, as in 17 minutes he scored six points, collected five defensive rebounds and stole the ball four times.

The Greeks had just nine players to use, but made the most out of a bad situation, helped on by about 8,000 fans who still believe in this team.

Through their tight defense, the Reds built a 10-point lead in the second period (43-33 at half-time) and never let go of it in the second half despite the efforts by the French team.

Sasha Vezenkov was the top...