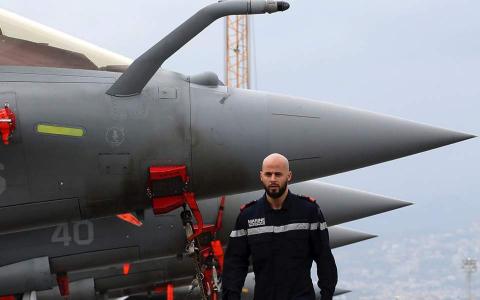 Rear Admiral Marc Aussedat said Rafale warplanes from the Charles de Gaulle aircraft carrier have been mainly used to gather information on the whereabouts of IS fighters as well as on the group's patterns of activity.

That intelligence is conveyed to commanders of a US-led coalition who coordinate on-the-ground operations against IS targets.

"The area of operations is mainly Iraq and it's where the coalition needs us to be," Aussedat said aboard the Charles de Gaulle, which is currently docked at Cyprus' main port of Limassol.

The Rafales carry 500-pound bombs to strike IS positions, but haven't dropped any in the month since the Charles...