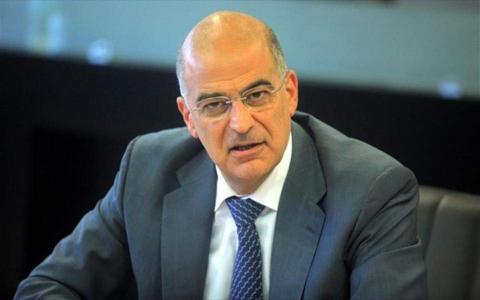 Foreign Minister Nikos Dendias suggested on Thursday that Greece is not planning to submit coordinates of its maritime borders to the United Nations, saying that securing such borders cannot be done "unilaterally" with a declaration.

Speaking at an event in Athens, Dendias responded to a question regarding what Greece intends to do to counter Turkey's submission to the UN of the coordinates outlined in its maritime borders agreement with the Tripoli-based Libyan government - which disregards several major Greek islands - by challenging the legitimacy of such a move.

"A delimitation cannot be accomplished unilaterally with a declaration, but only with agreements between states, which is why we are in negotiations with both the Italian and the Egyptian sides," the Greek foreign minister told a journalists' conference on energy security in the East Mediterranean.