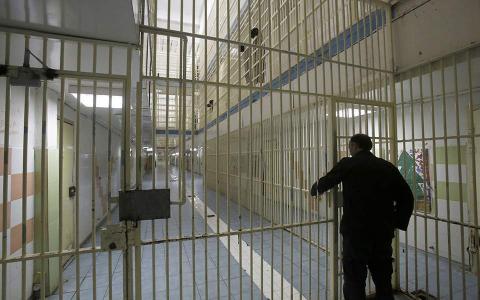 The general secretary for crime policy at the Citizens' Protection Ministry, Sofia Nikolaou, told a special House committee on Thursday that checks conducted at Greek prisons since the conservative government came to power in July have yielded hundreds of knives, makeshift weapons and mobile phones.
Nikolaou said that checks in prisons are now conducted on a daily basis and that, so far, authorities have seized 181 packages containing 2.1 kilograms of drugs, 858 knives, iron bars and improvised weapons, as well as 527 cell phones.

Moreover, she added that 79 clashes between prisoners have occurred since July, but no deaths have been reported. To better monitor prisons, almost 1,700 prisoner transfers have taken place.