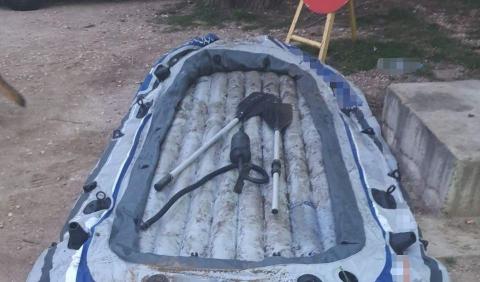 A 42-year-old man was arrested on Greece's northeastern land border with Turkey while trying to smuggle almost a dozen migrants into the country, the Hellenic Police (ELAS) said in an announcement on Friday.

According to the report, the suspect was crossing Evros River with a rubber dinghy packed with 11 undocumented migrants when the smuggling operation was interrupted by border police.

His arrest is also said to have prevented the passage of another 50 migrants from Turkey into Greece.

The suspect was taken to a prosecutor in the border town of Orestiada for questioning.