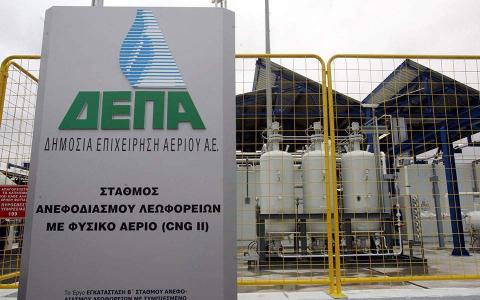 Nine groups submitted a letter of interest in the full ownership of DEPA Infrastructure, a new company to be created by the partial division of the Greek public natural gas company's (DEPA) infrastructure section, by the deadline on Friday.

Currently, DEPA is owned by state sell-off fund TAIPED (65 pct) and Hellenic Petroleum (35 pct). Following the partial division, the two shareholders will own the corresponding stakes in DEPA Infrastrucutre, and act as its joint sellers.

The Tragedy in Spain is Growing: Over 800 COVID-19 Victims for the Last 24 Hours

98.6% of Chinese Production has Recovered