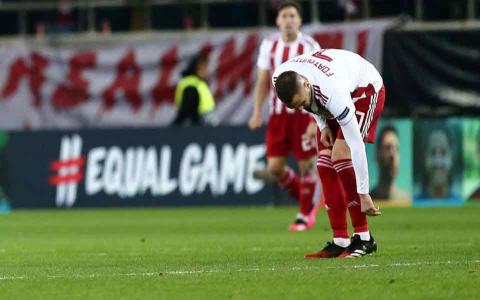 Olympiakos may be prolific and unbeaten in domestic competitions, but its first Europa League game of the season was more like a reality check for the Reds, who went down 1-0 at home to Arsenal on Thursday.

The Gunners have had a patchy season to date, but have kept alive their only hope for some silverware this season after emerging victorious from a battle that is always hard to give at Olympiakos.

The Greek side will feel hard done by the result, as the match was fairly balanced, the two sides shared possession and chances and both got close to scoring - except that only Arsenal did so when presented with an 81st minute chance from a clever pass by brilliant Bukayo Saka to the path of Alexandre Lacazette who made no mistake from close range for the night's sole goal at the Georgios Karaiskakis Stadium.