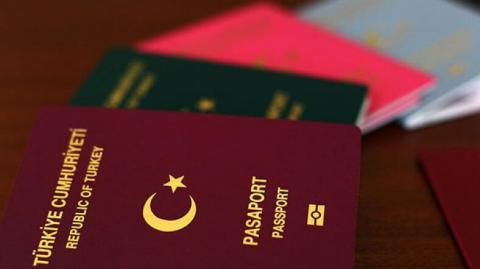 The General Directorate of Civil Registration and Citizenship has announced that the administrative measures and restrictions on 11,027 passports have been lifted, after a circular issued by the Interior Ministry and changes made in a recent regulation on passport law.

The directorate on Feb. 21 said in a written statement that the administrative measures on thousands of citizens' passports have been abrogated.

According to the statement, the "Commission on Passport Administrative Decision" kicked off its works on Feb. 20 in accordance with a recent regulation on passport law and a circular issued by the ministry on Dec. 4, 2019.

The referred circular stipulates that any citizen who faced charges during the state of emergency and had restrictions on their passports can obtain passports by filing an application. The citizens can also get their passports if they have been acquitted of or have not been convicted from all related charges.

During the second day of the directorate's works, the established commission decided to lift the restrictions on 11,027 passports.

The statement also added that applications are being received by provincial directorates.

Ankara accuses FETÖ of being behind a long-running campaign to overthrow the state through the infiltration of Turkish institutions, particularly the military, police and judiciary.