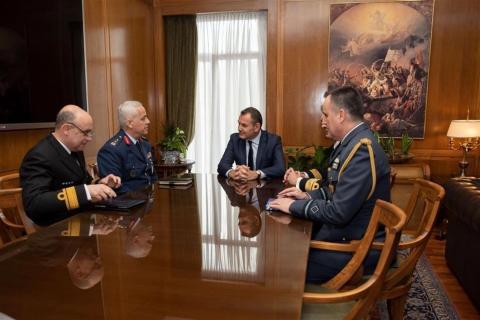 The meetings, which began on Feb. 17 in Athens, primarily focused on confidence and security-building precautions, as well as developing mutual cooperation, the ministry said on Twitter.

The statement said the head of the Turkish delegation was received by the Greek Defense Minister Nikos Panagiotopoulos.