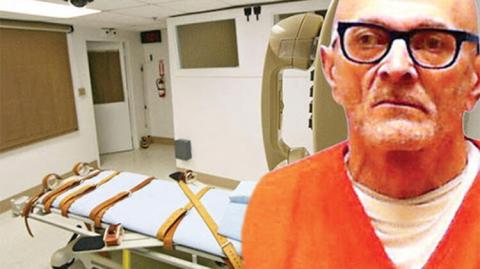 A court in Florida has denied the second appeal of a Turkish-American inmate, Cengiz Koçaker, who was convicted of first-degree murder in the killing of a taxi driver and sentenced to death penalty.

If the governor of the state approves the sentence, Koçaker will be executed by lethal injection.

In 2004, Koçaker had stabbed a taxi driver, cut his throat, then bound him with a seat belt, put him in the taxi's trunk and set the car on fire. The victim died due to smoke inhalation, but the autopsy recordings showed the stab wounds contributed to his death.

Koçaker refused the homicide attributed to him during the court process and claimed that he was slandered, but his bloody undershirt in the back seat of the burning vehicle was the most substantial evidence.

Koçaker, who had been in prison six times for various crimes and spent 23 years of his life behind bars, made an appeal for the second time, claiming that he was raped in prison, got AIDS and had mental disabilities.

As a result of the investigation, Koçaker's second appeal was rejected by the court.

In Florida, where 340 people are currently waiting in the death row, no executions have been carried out since last August due to debates over the death penalty.