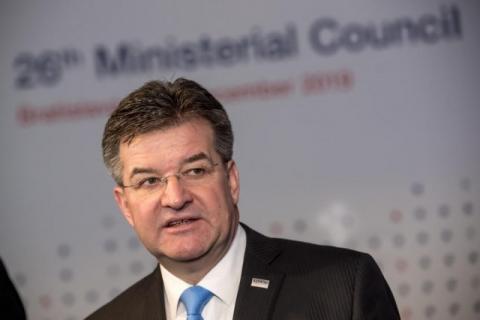 Senior associates of the Council for Democratization Policy in Berlin and Brussels among the number of reasons they have cited, the first was to point out that Lajcak comes from a country that does not recognize the independence of a so-called Kosovo.
Weber and Vogel in an article entitled "Why Miroslav Lajcak is the wrong choice for EU Envoy?", assess that on the surface, Lajck may seem to have the requisite qualifications for that job, as he speaks Serbian and served twice in the Balkans: first, as EU envoy to supervise Montenegro's referendum on independence from the state union with Serbia, in 2006, and then as the EU's special representative in Bosnia and Herzegovina, in 2007-09, simultaneously serving as the international community's high representative. So, he knows how to 'navigate' the Brussels bureaucracy.
"Despite these apparent qualifications, however, Lajck is the wrong man for a number of reasons", Vogel and Weber assess.
They point out as the main reason the fact that Slovakia is one of just five EU member states that do not recognize Kosovo's independence from Serbia, as well as Spain, whose former foreign minister, Josep Borrell, became EU foreign policy chief in December.
In this way, the two senior EU diplomats dealing with Kosovo would both come from the small minority of member states that do not recognize Kosovo - and oversee talks whose declared end point should be - Serbia's recognition of Kosovo's independence.
They assess that this would send a strong signal that the EU is taking sides.
It would also prop up Serbia's Aleksandar Vui, ahead of early elections in April, who they regard as becoming 'increasingly authoritarian president'.
As the second reason, they claim that Lajcak has "a history of...