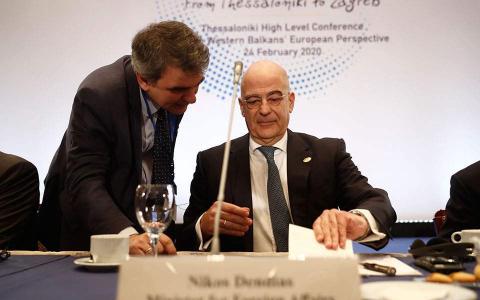 "The Western Balkans are an intrinsic part of Europe and the European Union's enlargement policy is its most powerful tool for ensuring stability and security in the region," Greek Foreign Minister Nikos Dendias told a high-level conference in the northern port city of Thessaloniki on Monday.

Taking place three months ahead of May's EU-Western Balkans Summit in Croatia, which holds the rotating presidency of the EU Council, Monday's meeting of regional and European foreign ministers is aimed at discussing ways to overcome objections from within the European Union to the bloc's expansion.

"The EU and the Western Balkans need to look at the future and examine issues like the rule of law, human rights and bolstering democratic institutions, but also promoting economic and social development and competitiveness," Dendias told the conference in his opening address.