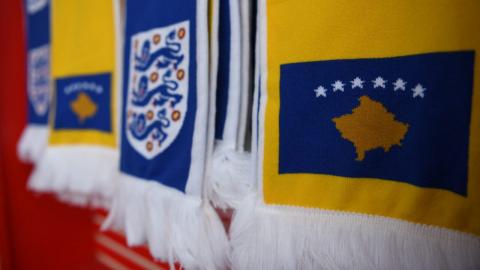 Tanja Ivic, the mother of the first Serb football player invited to play for a national Kosovo team, told BIRN on Monday that she has been fired from her job at the Serb-run Pristina Cultural Education Centre in the Kosovo town of Gracanica as a result.

Her son Ilija Ivic, a 17-year-old who plays for FC Flamurtari in Kosovo's top league, recently became the first Serb to accept a call-up to play for Kosovo's national Under-19 side, whose players are usually ethnic Albanians.

The news sparked furious reactions from media in Serbia, which strongly opposes Kosovo's independence and contests its right to field a national team in any international sports tournament at any level.

Ivic's mother declined to comment further, but said that her husband, Dusko Ivic, has not been fired from his job as well, as was previously reported.

The Football Federation of Kosovo said in a statement on Friday said that it was "shocked" to hear that Ilic's parents had been fired "because their son admitted to playing for the Kosovo Under-19 national team".

However his father Dusko Ivic also told Voice of America that he had not been fired from the school where he works, although he added that "it is possible for this to happen to me".

There has been no public statement from the Pristina Cultural Education Centre in Gracanica so far.

Kosovo's Under-19 team coach Ramiz Krasniqi told Serbian newspaper Danas last week that Ivic is "a very intelligent player and a guy who has shown that we can count on him in games".

"As a coach, I am not at all interested in someone's nation or religion,"...