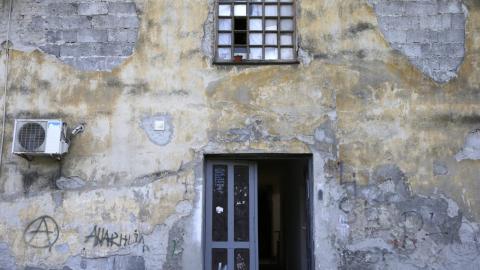 One hundred and fifty-nine out of 250 MPs in the Serbian parliament voted on Monday for the establishment of a memorial centre at the Staro Sajmiste (Old Trade Fair) site to remember those killed at the Nazi concentration camp in occupied Belgrade during World War II.

The legislation says that the memorial centre will collect and exhibit material from museums and archives in order to ensure a "lasting memory of the victims of the Holocaust".

After the war, nothing was done to preserve the site of the former concentration camp. A monument to the victims was erected nearby in 1995.

The buildings have been used for a variety of purposes, housing artists, a restaurant, and a gym. Controversially, an office of Serbian President Aleksandar Vucic's governing Progressive Party was opened there in 2018.

The establishment of a memorial centre has been promised by Serbian officials for several years.

The Simon Wiesenthal Centre, a prominent Jewish human rights organisation, welcomed the passing of the legislation.

"The passage of the bill marks the final stage of the preparations of many years to turn the site of Staro Sajmiste into a memorial centre, which will finally properly honour the memory of the numerous victims of the camp," said the Simon Wiesenthal Centre's director for Eastern European Affairs, Efraim Zuroff.

Zuroff said he also hoped the centre would also "play a major role in educating society about the horrors perpetrated by the Nazis and their Ustasa [Croatian WWII fascist movement] accomplices".